As Notre Dame was about to play Army in 1928, football coach Knute Rockne invoked the name of former player George Gipp.  Gipp’s deathbed request eight years earlier supposedly had been to use his memory to motivate the Fighting Irish for a big game.  “‘Rock'”, the coach said Gipp told him, “‘some day when things look real tough for Notre Dame, ask the boys to go out there and win one for me.’

Given the 2016-17 Presidential climate, I (Coach Brooks) never knew the history of this quote.  I suspect just about every competitive athlete and coach has heard this expression, “Win one for the Gipper“, but now it’s even more meaningful understanding the origin!

Well, I’ve never used Gipp’s request until now.  This is the time.” Notre Dame won.  A New York Daily News writer later reported Rockne’s emotional locker room speech in a feature story headed, “Gipp’s Ghost Beat Army / Irish Hero’s Deathbed Request Inspired Notre Dame.”  Two years later Rockne embellished the legend when he wrote in a magazine that Gipp told him, “‘Some time, Rock, when the team’s up against it, when things are wrong and the breaks are beating the boys—tell them to go in there with all they’ve got and win just one for the Gipper.” In 1940, an adaptation of these words, “Tell’em to go out there with all they got and win just one for the Gipper,” provided the dramatic denouement of a movie in which Ronald Regain played George Gipp.  That movie (whose script was written by Robert Buckner), and Reagan’s lifelong identification with this role, made “Win one for the Gipper” a permanent part of America’s athletic-political lore. (The Quote Verifier: Who Said What, Where, and When by Ralph Keyes. St. Martin’s Press, Apr 1, 2007).  Read more

George Gipp (February 18, 1895 – December 14, 1920), nicknamed “The Gipper”, was a college football player who played for the University of Notre Dame. Gipp was selected as Notre Dame’s first Walter Camp All-American. Gipp played several positions, particularly halfback, quarterback, and punter.  Gipp died at the age of 25 of a streptococcal throat infection, days after leading Notre Dame to a win over Northwestern in his senior season,[1] and is the subject of Knute Rockne’s famous “Win just one for the Gipper” speech. In the 1940 film Knute Rockne, All American he was portrayed by Ronald Reagan. Read more 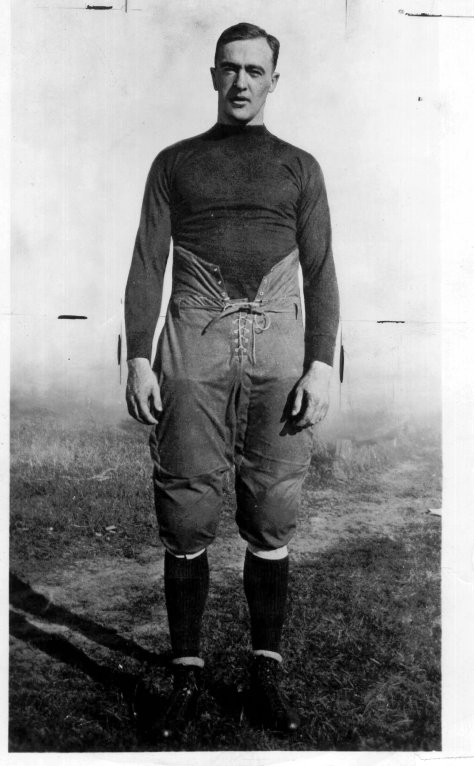 Raised in a poor family in small towns of northern Illinois, Reagan graduated from Eureka College in 1932 and worked as a sports announcer on several regional radio stations. After moving to Hollywood in 1937, he became an actor and starred in a few major productions. Reagan was twice elected President of the Screen Actors Guild, the labor union for actors, where he worked to root out Communist influence. In the 1950s, he moved into television and was a motivational speaker at General Electric factories.

Reagan essentially did not become very FAMOUS until after his 56rd birthday – Governor of CA and especially after his Presidency.  He often used the expression, “Win one for the Gipper” in his political speeches.

He twice ran unsuccessfully for the Republican nomination for the U.S. presidency in 1968 and 1976; four years later, he easily won the nomination outright, becoming the oldest elected U.S. president up to that time, defeating incumbent Jimmy Carter in 1980.  Read more

This will continue to be my #1 “locker room motivation pep talk” until I retire from coaching (which probably won’t be until Blake goes to college).  Reagan is often regarded as one of the most popular and influential American Presidents alongside Kennedy and Lincoln in the history of the United States.

William Joseph Patrick “Pat” O’Brien (November 11, 1899 – October 15, 1983) was an American film actor with more than one hundred screen credits. Of Irish descent, he often played Irish and Irish-American characters and was referred to as “Hollywood’s Irishman in Residence” in the press. One of the best-known screen actors of the 1930s and 1940s, he played priests, cops, military figures, pilots, and reporters. He is especially well-remembered for his roles in Knute Rockne, All American (1940), Angels with Dirty Faces (1938), and Some Like It Hot (1959). He was frequently paired onscreen with Hollywood legend James Cagney. O’Brien also appeared on stage and television. Read more 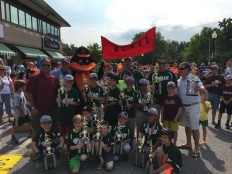 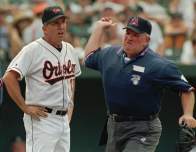 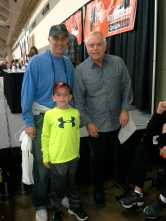 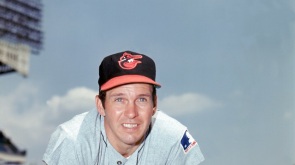