U.S. outfielder Adam Jones makes a catch above the wall, stealing a home run from the Dominican Republic’s Manny Machado during the seventh inning of a World Baseball Classic game on March 18.
 
Few things can stop an entire clubhouse of major league players in their tracks, but when the highlight of Adam Jones’ highlight-reel robbery of teammate Manny Machado in Saturday night’s World Baseball Classic elimination game was played on the televisions inside the Orioles clubhouse Sunday morning, all eyes were fixed on the screens.

Jones’ leaping grab over the center field wall at PETCO Park – which came at a critical-moment Team USA’s elimination-game win over the Dominican Republic in Jones’ hometown of San Diego – was spectacular by any standard, but was the latest in a WBC that had given Jones national recognition on an international stage. It occurred well after midnight Sunday morning, so few on the east coast saw it live, but the buzz around the grab lingered well into morning.

 With the USA leading 4-2 in the seventh inning, Machado hit a blast to center. Jones sped to his left and just in front of the 396 foot marker, he jumped against the wall in mid-stride, fully extending his arm over the wall as he hit the wall to bring Machado’s ball into the ballpark all while avoiding several fans also attempting to take home a souvenir.

Jones bounced off the wall and took the ball out of hisloved about it the most is that there was a Yankee fan trying to get into the field of play that he took it away from. That was probably the highlight for me.”

The catch was pivotal in Team USA’s do-or-die win against the Dominican, as they advanced to the WBC semifinals for the first time in the tournament’s history. Robinson Cano followed Machado with a solo homer, so the game could have been tied had Machado’s ball gone out of the yard.

“I’m still in kind of shock that I even got to that ball,” Jones said in the postgame press conference. “I mean, off the bat I’m just like this ball’s hit really far, so just keep going, keep going. You know this California air’s going to slow it down, and just never quit. That’s just the style I play with. I don’t mind running into a wall or two. I just kept going after the ball, and I’ve seen the replay after the game, and I went for the catch.”

Showalter said that Jones probably had an idea of how to position himself against Machado.

“There’s a lot of guts it takes to make those plays, but I got out of it that a lot of people don’t play [Machado] where he was playing him,” Showalter said. “I think he knew kind of where he might hit it if it stayed in the park, and that one didn’t stay in the park until it got into Adam’s glove.”

Both Jones and Machado – the two biggest faces of an Orioles franchise that still doesn’t receive much national attention despite its recent success – have taken advantage of the stage. Machado was the MVP of last weekend’s pool play games in Miami as the Dominican finished 3-0.

In the same way, Jones has emerged as the face of Team USA’s run to the semifinals, even given the unofficial tag as this team’s Captain America.  Jones had on had a game-winning walk-off hit to beat Colombia in pool play. He hit a game-tying home run against Venezuela on Wednesday and added another homer in the second round against Puerto Rico.

“It’s not surprising to us who get to see them,” Showalter said. “It’s great for some of the people that haven’t get to see it. … I don’t know why people don’t see it. You’d have to tell me. But we see that every night.”

All those moments were critical to landing Team USA two wins away from its first WBC title – they play Japan on Tuesday night at Dodger Stadium – but the image of Jones reaching over the center field fence as PETCO Park, the Team USA logo across his chest visible with American flags waving behind him might be one of the most memorable images of the tournament.

“I think when you watch him make plays like that you fall back to people who think he’s actually an average outfielder in the big leagues,” Orioles closer Zach Britton said. “We’re like, ‘Do these people actually watch him play?’ And these people watch this and we’re like, ‘Well, we already know he was a great player.’ I just think [the reaction] is kind of funny when we see him make plays like that. Maybe we take it for granted, too.”

In the postgame press conference, Jones’ catch was compared to a leaping home-run robbing catch by Angels center fielder Mike Trout on Orioles shortstop J.J. Hardy in 2012, but Jones noted that grab was made in the first inning of a regular-season game in late-June

“… This was on a different scale, different magnitude,” Jones said. “Unbelievable catches, both of them. Just showing the athleticism that we both have.”

Jones hadn’t checked his phone for a text message from Machado before speaking to reporters after the game, but Britton said Jones will definitely make sure Machado remembers it.

“It’s fun watching those guys compete because there’s that friendly rivalry,” Britton said. “I guess Manny’s just going to have to hit it further next time. That’s what Jonesy’s gonna tell him when he gets back.”  Read more 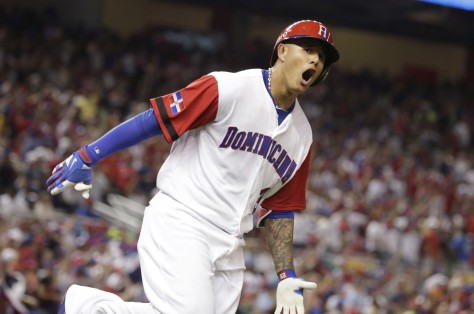 Two World Baseball Classic heavyweights will square off tonight at Petco Park in San Diego, as the United States and Puerto Rico meet at 10 ET (live on MLB Network and MLB.TV).  Both teams are coming off thrilling victories in Pool F. The U.S. came from behind to defeat Venezuela, 4-2, on Wednesday night behind home runs from Adam Jones and Eric Hosmer in the eighth inning. Puerto Rico became the first team to defeat the Dominican Republic since the 2009 Classic with a 3-1 victory on Tuesday night.

Last night our Over 40 Baseball Team met indoors for batting practice.  One of my teammates asked if I’d been watching the WBC?  I said, “No”.  Well, I will probably tune in tonight!  Also, earlier this week, I was on the phone with Al Bumbry and he was telling me his experience coaching for USA.

“I don’t have to worry about making the best pitch or trying to strike people out,” Lugo said. “If I can just throw quality pitches in the zone, these guys are going to make great plays behind me like they’ve been making all tournament. I’m just going to try to stay with the same approach, and attack the zone, attack the hitters, and let these guys do what they do best.”  Read more

The hometown favorite Adam Jones hit a tying home run leading off the eighth inning, and Eric Hosmer added a two-run shot three batters later as the United States rallied to beat Venezuela, 4-2, on Wednesday night in the second round of the World Baseball Classic.

Hosmer hit a solo homer and a run-scoring single in the American League’s 4-2 win at the 2016 All-Star Game. Read more

The tournament is the first of its kind to have the national teams of IBAF’s member federations feature professional players from the major leagues around the world including Major League Baseball. In addition to providing a format for the best baseball players in the world to compete against one another while representing their home countries, the World Baseball Classic was created in order to further promote the game around the globe.  Read more 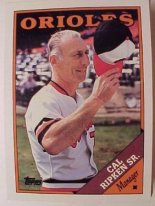 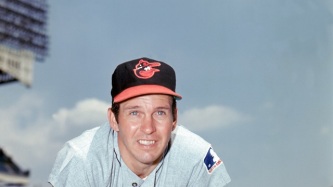 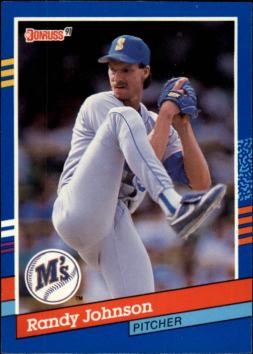